Why should youth become a priority for the Government?

During November 2014 – September 2015, UNFPA in partnership with the Government of the Republic of Moldova and youth organizations conduct the Regional Campaign “Youth Voice – Decide the future development priorities!”. The campaign complements the global and national efforts aiming the consultation with the population regarding the sustainable development goals, which will be adopted during the UN Summit in New-York on 25-27 September 2015 with the participation of the Government of Moldova.

The Regional Campaign is taking place simultaneously in 20 Eastern Europe and Central Asia countries and has the aim gathering young people’s opinion regarding the problems they face and the solutions they see as viable.

The results of the first stage of the Campaign in the Republic of Moldova have been presented in the framework of a press conference with the participation of the Constantin Cearanovschi, President of the “Generația cu inițiativă” Association, Natalia Cojohari, Assistant Representative ad interim of UNFPA Moldova, and Ion Donea, Head of the Youth Programs Department of the Ministry of Youth and Sport.

-          the education system to be adjusted to the conditions of the labour market;

-          the young people to have access to the necessary information and education regarding their health, including the sexual and reproductive health, and to the youth friendly health care services regardless their social status;

-          the discrimination based on gender and age to be eliminated while employing young people;

All the young people responses were analyzed and systematized in the framework of a declaration which will be proposed to the Ministries and will be included into the national youth development policies.

The Campaign will last till September 2015 and foresees a range of public thematic debates (education, health, employment and volunteering, non-discrimination and environment) in order to validate the solutions proposed by the young people to be presented to the Government. 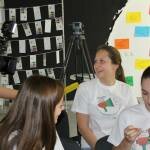 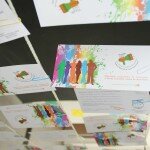 Video of the Campaign: