The “Youth Voice” Regional Campaign was launched in October 2014 and gathered 80 organizations from 23 countries from the region of Central and Eastern Europe and Central Asia.

Three days of technical consultation or how many ideas can you fit in three days?

Between the 16th and 18th of February a technical consultation on healthy lifestyle education was held in Istanbul, organized by UNFPA Regional Office for Eastern Europe and Central Asia (UNFPA EECARO) in cooperation with UNESCO Moscow Office, WHO Regional Office for Europe (WHO Europe), UNICEF Regional Office for Central, Eastern Europe and the Commonwealth of Independent States (UNICEF RO CEE/CIS), the Federal Center for Health Education (BZgA), and IPPF European Network (IPPF EN). I have participated in this consultation representing Society for Education on Sexuality and Education from Romania and I am gladly sharing with you this experience, as it was seen through my eyes, starting from the following question: how many ideas can you fit in three days?

Family planning and fertility rates in the region

Check out the article and the UNFPA EECARO video translated in Romanian language about the linkages between family planning and fertility rates in the region and some solid arguments for investment in family planning services!

Youth Voice. What are the needs and the priorities of young people in Romania? 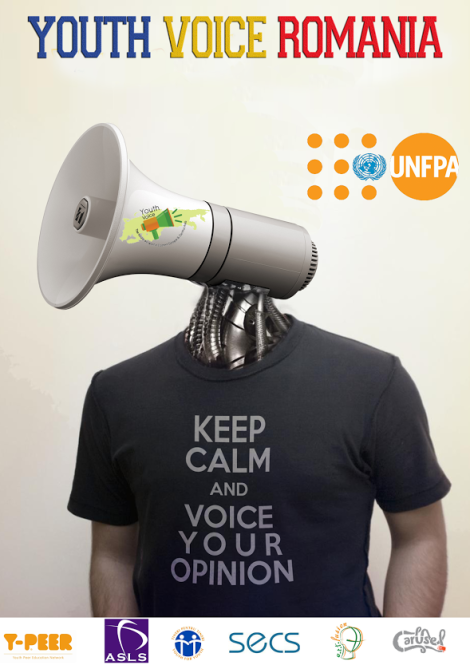 Youth Voice Romania is part of the regional Youth Voice campaign that takes place in Eastern Europe and Central Asia. This campaign aims to make the youth voices heard and to develop key messages that express the priorities of young people, aiming to further ensure their participation in the ongoing discussion around the post-2015 development framework.

Child marriage is defined by UNICEF as “a formal marriage or informal union before age 18 which can lead to a lifetime of disadvantage and deprivation. “

Child marriage is strongly related to gender inequality, but it affects both boys and girls. Child marriage happens today, even in Europe, and it is still a serious issue, according to Girls not Brides, over 700 million alive today were married as children.

A couple of weeks before the end of the school year 2013-2014, a group of students from B.P.Hasdeu College accept the challenge of taking part in the contest launched by the Emil Negrutiu Colelge from Turda, in partnership with the Ion Ratiu Centre for Democracy and British Council Romania, entitled “Tolerance and Cohabitation in the public space “. This contest aims at involving the high school students in activities that will form and develop the civic attitude among them, as well as a democratic and responsible growth and the promotion of tolerance. The students from Hasdeu have identified the situation of teenage mothers of Buzau as a major problem of the community and they named their project “ Under the Wings of Adolescence”. 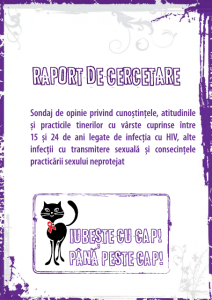