In Bulgaria, Valentine’s Day was widely celebrated and used by youth activists as an opportunity to mobilize and organize various reach-out activities. 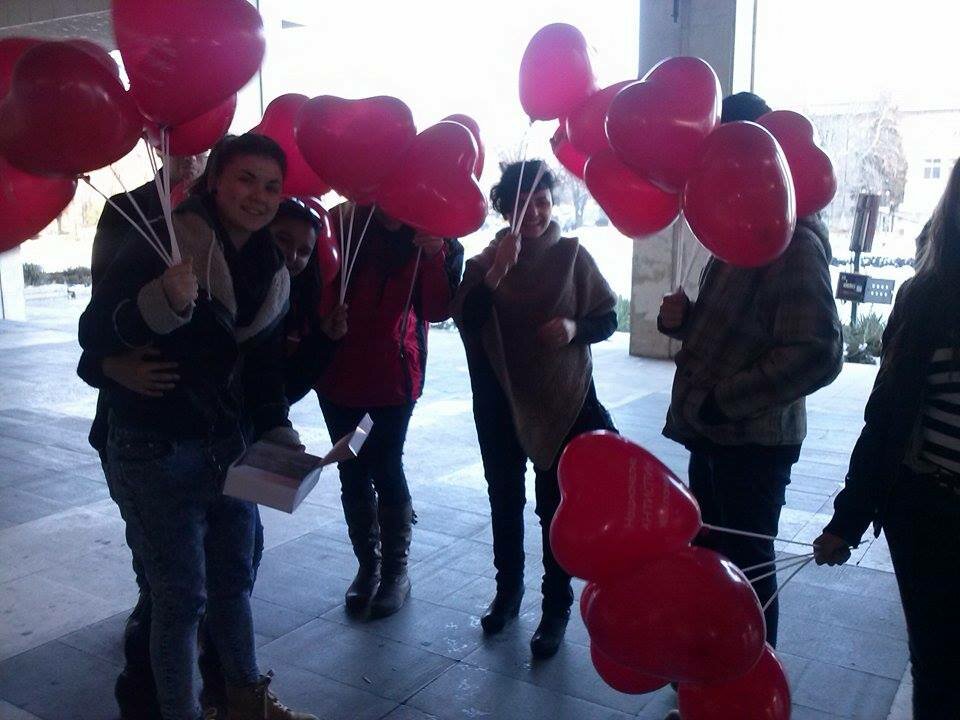 The volunteers of Club “K7” and “Youth is tolerance” from Veliko Tarnovo prepared an informational campaign on 14th February, the day dedicated to Valentine’s Day but also celebrated as Wine Day in Bulgaria. Lots of students from local schools and universities took part in it, as well as the volunteers of the clubs. The activities were part of the national antiAIDS campaign of the Ministry of Health. The symbol of the campaign was the red ribbon – “Getting to zero”. The volunteers gave Valentine’s day’s cards with lovely messages, condoms and brochures and citizens of Veliko Tarnovo had the opportunity to take pictures with “Board of love”, which were then uploaded on social media channels.

In Blagoevgrad, apart from the traditional activities, there was a party called “With whispers of love”. The people who took part in the party had the chance to play some of the oldest love games – “Bottle”, “Clip of happiness”, as well as time games and dancing games, which were followed up by prizes. Also, In 14 local schools, special Valentine’s Day boxes were put and during the week before Valentine’s Day, students used it to pass on secret wishes to their beloved ones. These were given away on February 16th, along with lots of positive thoughts and emotions.